serenityslady displaying their DT pics and userpics, I decided it was high time for me to add one of my favorite DT character. After all, I did pay for this account and should have more than two userpics active! So, while looking through images of DI Hardy on the web, I found the animated gif I wanted to take the image from, and while paging through the frames, I found the following, and I just had to share. 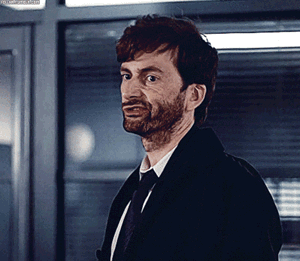 Ganked from the wonderful

flowsoffire... Go to the seventh page of your work-in-progress and post seven lines from it. You're also supposed to then tag seven friends to do the same thing, but I don't have that many friends. (Joke! Joke! I just hate tagging people for memes.)

What a cool idea! I don't really talk about what I'm working on with anyone, so it's kind of fun to post a few lines of these things that are consuming my mind at the moment. I just wish what I had was more interesting. I see all of these excerpts with these deep, meaningful moments, expressive descriptions, and character explorations, and then I post my few lines of whatever adventure I have, and it seems so... banal. Well, hopefully they'll be fun at least.

I'm actually posting two. The first is from one of the things I'll be posting very soon. It was actually all done, and then I decided to make a major change in one of the characters and had to rewrite the entire thing. The second is something that I've partially outlined and written, but haven't worked on in a while.

Summer's here, which means marching band and parades. Tomorrow's the first parade and, guessing that I'll be too exhausted when I get back home, I'm posting the next chapter now. I think it's the longest one in the story.